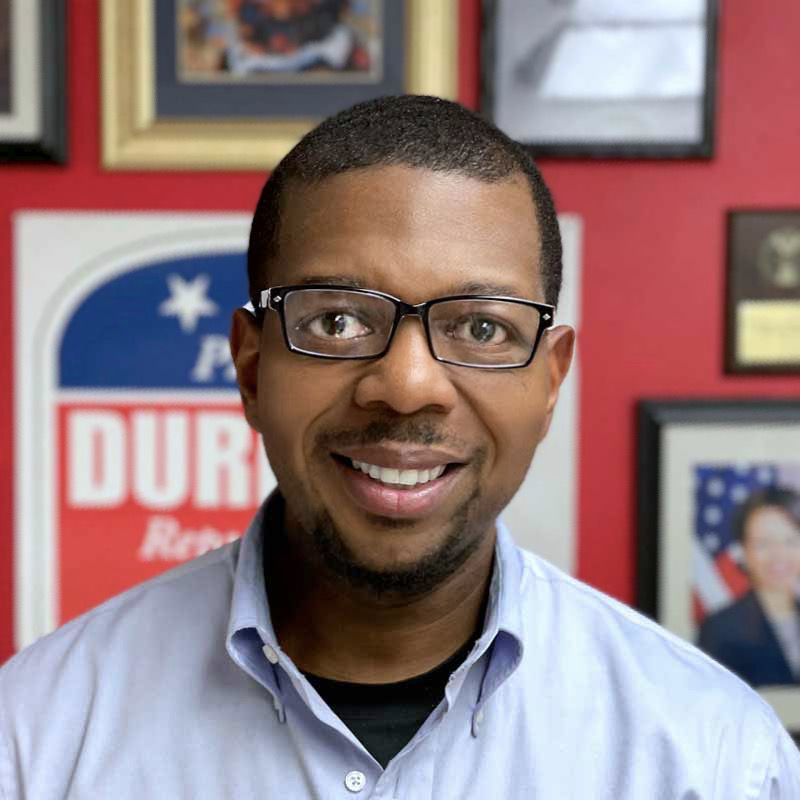 In 2012, Mr. Jarvis was introduced to the Durham Co. GOP and worked alongside other leaders to form the Black Republican Committee for the Durham GOP.  He was given the title of Vice-Chair and worked to display authentic Conservatism in the black community through food drives, coat drives, back-to-school drives, and creating forums where political diversity could be offered with decorum and mutual respect.  With his help, the voter registration of Black Republicans has grown by over 20% in Durham since its inception. In 2014, Immanuel began serving as a member of the Human Relations Commission of North Carolina where he worked trying to link Blacks in community colleges with high paying job offerings already in demand within the state.

Immanuel Jarvis became Chairman of the Durham GOP in March of 2015.  He became the second African American to hold this position.  Since that election, his focus has been ‘demonstrating Conservatism in action’ and enhancing the Durham GOP brand.  The local party has been involved with over 20 acts of service, from participating in vigils, Easter, Thanksgiving & Christmas serving, tutoring in public schools, educational events honoring black historical leaders, and more.  His emphasis on enhancing the Durham GOP brand has led to increased visibility on social media and adding monthly financial partners to the Party.  Additionally, with the leadership of Chairman Jarvis, the Durham GOP Headquarters was re-established in 2017.  A year later, the local party was able to run Republican candidates in all the county's 2018 North Carolina House and Senate races, an accomplishment that hadn't been accomplished in almost 20 years.

In addition to his duties within the Durham Co. Republican Party, Mr. Jarvis serves as a Commissioner on the North Carolina Innocence Inquiry Commission where cases of wrongful convictions are reviewed and adjudicated.  He is also a member of the Black Conservative Coalition of North Carolina.